Today I would like to talk about a Kickstarter Project called “Eclipse” I backed a year ago, and where the product was delivered a few weeks ago. I really wanted to give it some testing and usage before producing my review.

So first I have to say that the creator Native Union did communicate over the whole time in an exemplary way! They explained delays and problems they ran into an always kept the backers up to date, so I never got the felling that the product would not be delivered. So thumbs up for that! As a backer of such projects, you have to consider that the product will arrive later than they expected! But if they keep the clients updated, I think regular clients will not argue around the delay.

So the product itself arrived at my home. Again shipping and tracking etc was no issue at all! Perfect packaging made it again a thumbs up again. So the unpacking could take place. I have to admit that the box, its content and the protection of the device itself were perfect. Honestly, I haven’t had so much fun unboxing a device for some time. Yes I was excited for some time because I was anxious to get the charger into my hands since I knew it was on its way, but I have to admit that the designers definitely did put time into the packaging! Nice job there again! But the packaging isn’t everything. How does the device work and behave?

The device definitely does what it is designed for! It charges up to 3 devices simultaneously, has an LED light which can be turned on and for the main part it looks good. Yes! It is a nice looking, well designed stylish charger for Phones and other USB devices. The cables appear to be of high quality and I think that the designer did put a lot of thoughts into the small details of the charger.

So the first look was not disappointing at all! I had decided myself to buy a nice, well designed and stylish charger to put it onto my nightstand and to charge my phones. That was the idea and unfortunately my story has a downside…

After a few weeks my wife decided to ban her charger from her side of the bed! Why? So at night, when everybody calms down and everything becomes quiet, you often hear the things and the sounds your house makes, which you do not realize due to all the background noises during the day. And unfortunately the Eclipse does such a noise… Yes you have to listen very closely but if you charge at least one device the device starts to make some humming noise, some dissonance or whatever you would like to call it. It is that kind of noise which is annoying if you ever heard it and that once you know it is there, hunts you over and over again. It is that kind of noise cheap chargers might do, but I am sure that the creators used high quality components.

So my final opinion is not yet fixed. I will not be using the chargers, I bought two of them, for the purpose they were thought for. I am using one now in the living room and it fits in there perfectly! The second one has not yet found its final position and that’s why I am a little bit disappointed about the product. But that’s the risk if you invest into a Kickstarter Project! You might not get the product you hoped for. 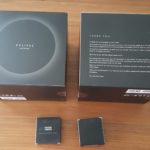 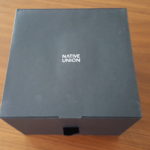 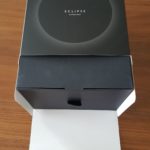 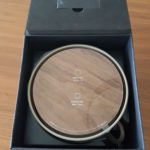 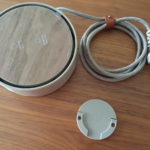 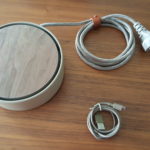 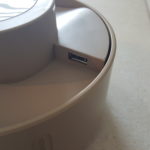 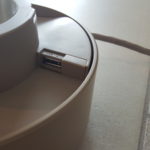