So finally i realized the final configuration on my network. I integrated my Security Gateway into my network and i am enjoying the statistics the thing is showing me. I am fully satisfied for the moment. For sure i am hoping for more options especially some kind of protection for children or other non wanted pages. I’ve been used to Ipfire for some time, but for my private needs the USG should be doing it.

But what should i tell you? I’ll show you some screen shots which is better than any long report! Ah yeah… I just ran into one issue during installing my device. It’s default IP is in the 192.168.1.X Range which may become a problem if your router / Internet Connection is in the same range! So before i realized that i really had a hard time. But finally changing the Modem’s IP solved everything and from that on the system keeps running. 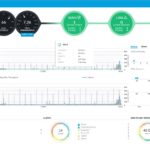 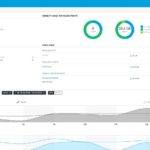 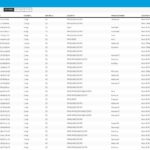 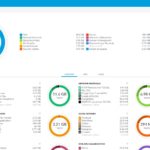 So after my start with one hotspot I ordered last month one UAP-AC-LR and this month another UAP-AC-LITE from Ubiquity. So my network now counts 3 hotspots, on 3 different floors and it covers most of my home. Maybe next summer I will reorganize everything but I am confident that the system should be able to handle my wishes ;-)

So where to start? First I needed a controller for the hotspots. My Virtual Computer could program everything but I wanted statistics to see the problems and the usage of my home. To be honest I didnt want to buy the controller. It is nice, it does its job, but I think that doing it yourself is always the best way to go. So I took a Raspberry Pi Model 3, packed everything together with a PiDrive from Western Digital I had lying around and with a little help from over here, I created the controller myself. It now runs for already some time, without any issues and the power consumption is okay. So the controller issue was solved easy and fast.

Buying more hotspots was the second step and it only was a question of time. I will have to see where I will place the different devices, but that’s for the summer and I need to get a network cable into the garden to maybe place one over there. Time will tell.

Next step in my project will be the Security Gateway (the USG) which I want to include. This should give me more detailed statistics and it should increase my security level for the connection. We’ll see that next time =)

So i started of a few month ago to reorganize my W-LAN. The problem is that i need a hotspot on every floor. The concrete is of such good quality that the signal will not pass. Even from the basement to the first floor is such bad quality that it will not pass. When I installed my first system, I didn’t pay attention to the devices. The only plan was to stay cheap and to have a good signal everywhere. After a year I even needed to ad an extra hotspot so I had network on the terraces on the outside of the house. Long story short, I realized that the private hotspots which are sold on the regular market often don’t bring out updates for their devices. Never ever! So if you have devices older than a few years, there are definitely security issues. So I decided to upgrade my network and finally get a semi-professional system.

As you might know, I am a fan of a company called Ubiquity. I found them a few years ago and ever since we had devices from the company at work. An on a professional level I cant complain at all! Prices and ranges for those devices are more than correct. Quality is excellent and even after years you get updates and the devices work in extreme conditions. So I give them a thumbs up. I finally decided to get their W-LAN Hotspot system for my home as well, due to the fact that you can manage them centrally, that they update regularly and the range is better than regular devices I used.

After having a look at the actual product range I decided myself for one of the UniFi Mesh devices, the UniFi AC Mesh to be exact. The decision was taken because of its size, because I wanted to hide it behind furniture or on top of it. So the fist devices was bought for testing purposes and start of finally.

The software of the “UniFi Controller” to manage the hotspot was installed on a Virtual Machine. The first thing I realized after that was that this controller always needed to be on otherwise you couldn’t get the statistics. Okay… Not everybody wants statistics but I do ;-) So I needed a solution for the second step.

So what i wanted to talk about is a company called Ubiquiti (UBNT.COM). A few years ago i was playing around with Linksys WRT54GL routers and DDWRT Firmware. That’s when i found a post of a guy saying that he found a company with Linux based stuff, interesting prices and that you even didn’t want to change the firmware because it was so good. So i looked it up and their pages were promising good stuff for prices much cheaper than similar outdoor WiFi equipment. So when i was asked at work at the end of the year if i had some wishes for IT stuff, because there was some money left, I asked if we could try a few of their devices. The Network Division agreed and so we bought some pairs devices. One year later after some projects realized with our devices we took it a step further and bought “airGrid M”, “NanoStation M”, “PicoStation M”, “PowerBeam” and even some “RocketDish” devices. The Network department was so pleased by the quality that they even bought more than twice of the quantity i demanded.

The last quality check which finally convinced me of the products, was when i mounted one of them onto one of the highest buildings in Luxembourg city. And after more than 2 years of hanging around there, it still works as is should! It survived storms, snow and sun! Simply perfect i have to say! For less than 200€ you get a pair of outdoor WiFi devices where similar stuff is at least twice of the price! So definitely a thumbs up!

So if you are looking for outdoor WiFi stuff, Ubiquity is a good choice! But there are some things you should be aware of! Here come some information’s you should consider before buying…

If you would like to create a direct link between 2 Places their airMAX devices are perfect! To have optimal results you should use 2 UBNT devices. They have special features which optimize the links but only with Ubiquity devices. I did not get an opportunity to try out any airFiber devices. Those devices only seem to be for professionals in telecommunications, but i might try those out at work some time…

If you would like to crate a single hotspot again airMAX is a good solution! If you want to take it a step further you could consider UniFi devices. But here you have to know that you need to install some software on a computer / device who will program your device and where you can change the properties of your network.

And if you consider using multiple Hotspots the UniFi devices are definitely a must. Cheap devices can not handle more than about 20 devices. Good ones handle about 50. For private Users more than satisfying but if you really have about 50 to 100 WiFi devices in one location, you need professional stuff. And the UniFi devices cover this. Another plus is their roaming capability. You Computer will only see one WiFi Network but the UBNT devices will handle everything in the background so you do not need to care about. Major plus for a professional working place!

Finally i have to come to talk about the one and only product which really disappointed me! The UniFi Video Camera (2nd Generation) was a huge disappointment! The camera itself is made of good materials, has nice ideas how to fix it on walls etc, but the software is simply disappointing! No real possibility for configuration, but more important no support for any other other software! No RTSP stream, no standard video, simply nothing! Only possibility is to set up an extra machine in your network which will get the stream and re transmit it! How sick is that?

I am and was a huge fan and user of UBNT material! Really! I followed their success story from the beginning. Honestly! But what they did with those UniFi Cam’s is disappointing and i hope that soon there will be an improvement! And i hope that this is not the beginning of their so open minded story as it was in the beginning.